Our previous Chairman, Richard Jones, and his team of merry swimmers, are hitting the Channel this month raising funds for Addenbrookes Charitable Trust. See a message below from the man himself,

In a couple of weeks, five of us will be swimming the Channel to France and then back.  We’ve been training for months in cold water in rivers and lakes as well as in Dover.  We’ve trained with 10km races in the Thames and endless time in the pool.  On the day we’ll be struggling with sea sickness, jellyfish (probably being thrown at me by the pilot if I’m not quick enough) and supertankers.  We’ve also been braving having to add a layer of fat to reduce the effects of the cold.  Seriously if I have to eat another piece of chocolate cake.. well I wouldn’t be at all surprised.

There’s a link below for anyone inclined to support a wonderful charity where we’re raising money for Addenbrookes Charitable Trust, and more particularly, a fund to research gastric issues in children.

Three of the Foolish Five below… 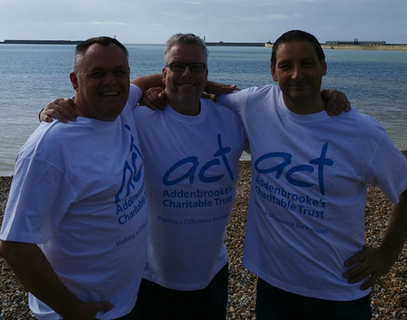 England Hockey GMS Management System All club players must sign up to GMS if they are going to play in Senior East League matches, England Hockey Cup competitions (juniors not required as we are not Read more…

We use cookies on our website to give you the most relevant experience by remembering your preferences and repeat visits. By clicking “Accept All”, you consent to the use of ALL the cookies. However, you may visit "Cookie Settings" to provide a controlled consent.
Cookie SettingsAccept All
Manage consent

This website uses cookies to improve your experience while you navigate through the website. Out of these, the cookies that are categorized as necessary are stored on your browser as they are essential for the working of basic functionalities of the website. We also use third-party cookies that help us analyze and understand how you use this website. These cookies will be stored in your browser only with your consent. You also have the option to opt-out of these cookies. But opting out of some of these cookies may affect your browsing experience.
Necessary Always Enabled

Any cookies that may not be particularly necessary for the website to function and is used specifically to collect user personal data via analytics, ads, other embedded contents are termed as non-necessary cookies. It is mandatory to procure user consent prior to running these cookies on your website.